SITCo is the original ski & snowboard training company in Queenstown.

Meet the trainers
Courses
Our mountains

Since 2002 hundreds of keen skiers and snowboarders have enjoyed their Queenstown experience with SITCo becoming qualified ski and snowboard instructors. 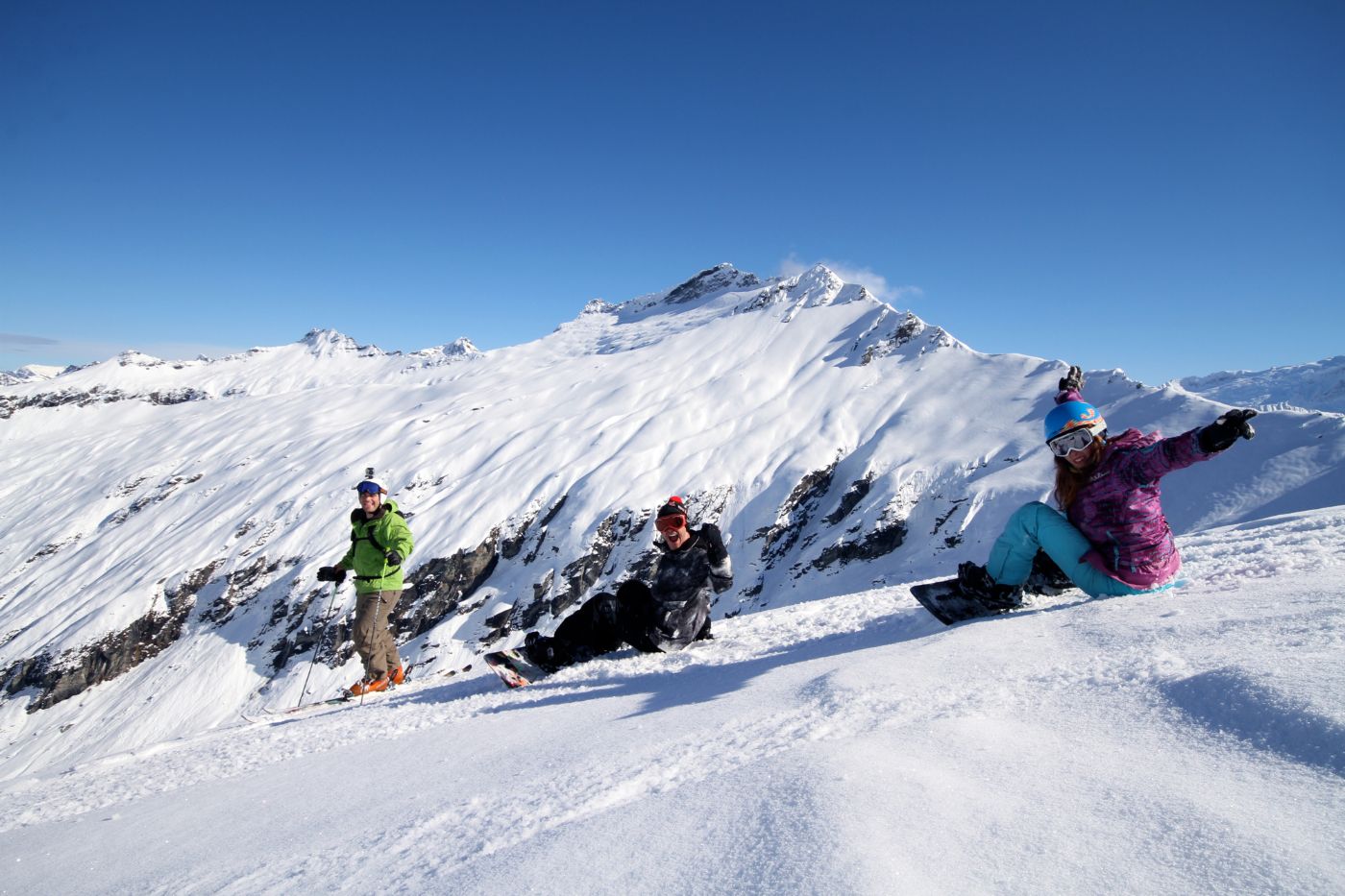 Become a Ski and Snowboard Instructor with SITCo.

Have a life changing experience. Take your skiing or snowboarding to the next level and open up opportunities to work in the snowsports industry with our ski and snowboard programs.

You will be based in Queenstown, New Zealand enjoying the lifestyle, friendly hospitality and unrivalled Kiwi attitude of this world-famous location.New Zealand is known as the ultimate “off season” (June – October) winter sports destination, with some of the world’s best skiers and snowboarders heading south each year for some of the best “summer/winter” skiing and riding on the planet!

New Zealand is a fantastic place, with diverse landscapes and cultures. Mountains and lakes, palm trees and penguins. New Zealand has a very active outdoor culture, so sports and recreation are very much the norm. Whether you are playing rugby, sailing or in NZ to ski and snowboard you will love your time here.

Be trained by the best

SITCo’s hand-picked ski and snowboard trainers will train you towards achieving the NZSIA Levels 1 and 2 (skiing) and the SBINZ Levels 1 and 2 (snowboarding). All your training will be with current and qualified NZSIA and SBINZ Examiners, and you will have access to contacts from Snowsports Schools around the world.

The SITCo program is designed not only to develop your own personal skiing or snowboarding, but also to provide you with the necessary ski or snowboarding teaching and analytical skills to become a qualified instructor. Our well-rounded program also includes freestyle, freeride and racing, and an incredible Heli-Ski or Heli-Board day trip.

Owner and Director of SITCo

Gavin has been an NZSIA Ski examiner since 2000, and has a postgraduate diploma in Sports Management. As well as working NZ winters Gavin worked in the US ski resorts for many years. Gavin now works full time in Queenstown and is based here during winter and summer. Gavin represented NZSIA at Interski 2011 and is the author of the current NZSIA Ski Manual.

Owner and Director of SITCo

Colin has been an NZSIA Ski examiner since 2000 and was also a BASI (British Association of Snowsport Instructors) trainer and examiner until 2018. Colin works out of Queenstown and spends a lot of time in Val d’Isere, France. In France, Colin runs his own specialised ski school, the development centre, www.tdcski.com.
Colin represented NZSIA at the Interski Congress in Bulgaria 2019.

Quick glance at our ski and snowboard all courses

Have a life changing experience.

SITCo´s program is based in Queenstown

We will do most of our skiing at Coronet Peak and The Remarkables. Nevertheless it is good to know that there is a lot of other skiing in New Zealand.

Skiing and snowboarding In New Zealand is as good as it gets.

Coronet Peak is one of the oldest and most established ski areas in New Zealand. It has been a popular playground for skiers and snowboarders since 1947.

In recent years there has been multi-million dollar developments going taking Coronet Peak to new levels.

With millions of dollars being invested into new facilities, access, and the most advanced snowmaking system in the Southern Hemisphere if not the world. What we now have is a ski resort of world class standing.

Coronet Peak Is A Ski And Snowboard Resort Of World Class Standing. The view from Coronet Peak, looking across to The Remarkables and over Lake Wakatipu gives you a unique sense of the very special nature of Coronet Peak.

The skiing and riding is great for all levels, from beginners through to advanced off piste riders. Coronet Peak is famous for its undulating terrain that creates a natural alpine playground to be enjoyed by all.

Coronet Peak has been over the years consistently developing and updating its chairlift system, so that now all chairlifts are high speed express chairs. This means that in a day of skiing and riding at Coronet you can cover a lot of ground and log up a lot of vertical meters. If fact the new lift ticket system allows you to come home after a great day on the mountain and you can go online and check out have many vertical meters you have done that day, that week and for the whole season.

The Remarkables is so called because from the town of Queenstown, when you look up at the magnificent snow covered ridge line glowing in the pink hue of an evenings alpine glow the first words that come to mind are “that is remarkable”. In the 1980’s it was in behind this stunning and aptly name ridge line that The Remarkables ski area was developed. The fantastic potential of terrain was seen and the resort was created.

There are still big plans in the pipeline for The Remarkables ski area, so watch this space!

The Remarkables is a fantastic ski area that can be enjoyed by all. There are some fantastic beginners areas that really allow people to gain in confidence and build up their skills and at the same time there is a wealth of unrivaled park and off piste skiing. For the experienced skier and boarder The Remarks allows you to ski and snowboard runs that are some of the best in NZ.

From long open powder fields to steep and and challenging chutes The Remarkables has some fantastic terrain to explore.

If you have questions...

Head over to our frequently asked questions for more details about our what it takes to become an instructor.

What others have said…

Take the plunge Do it!

"I sent you a young adult, and I got back a grounded, confident, calm, happy woman who knows where she wants to go. ..She had an idea before coming to SITCo about her career, but her experience with you and your program really impacted her life. Not only as a ski instructor but in life in general"
Nicole BenoitParent
"Simply the best snow sports instructor training in New Zealand. Gavin and Colin are awesome trainers with loads of experience who will tear your technique apart and then help you build it back up so that you can pass the NZSIA exams. It's not always easy but it's always worth it! The accommodation was better than any of the other course providers, and you'll make some awesome friends."
Gareth AvenellInstructor Training Graduate
"So much more than an instructor course!! My 20+ years of skiing were stripped back and built using 'proper' techniques. I learnt so much about analysing other skiers, as well as my own technique when videoed, which I still find super useful 13 years on."
Nickie Mabey | Mabey SkiInstructor Training Graduate
"My SITCo experience was honestly life-changing. Not only did my time training with SITCo make it possible for me to achieve my goal of Level 1, 2 and 3 NZSIA certificates, but it also inspired and enabled me to turn my love for this sport into a full-time career. I have since worked and travelled as a Ski Instructor in Japan, Canada and Europe. I am now starting my journey to gain my NZSIA Trainer's Certification and will be returning to SITCo for more support to achieve this objective. Thank you, Colin and Gavin."
Bea StevensonInstructor Training
"More importantly, the course helped me work on a few attributes that I wasn't expecting, such as being independent, building self-confidence and communicating with others. Looking back on it now, it is probably what I am most grateful for. As a young adult living away from home for the first time, I'm glad this was the environment I was in. Thank you Colin and Gav for helping me realise a dream and helping me grow as a person."
Alex LangeInstructor Training
Play
Videos of SITCo Ski & Snowboard Courses NZ >

This could be you!

Not sure if you should go for Instructor training or a performance camp? Get in touch, and we’ll help you find the best option for your skill level and ultimate snow goals.

SITCo is Queenstown’s original ski and snowboard instructor training company. Gavin and Colin have played a role in shaping NZSIA’s instructor standards and have represented NZSIA at global meets. With SITCo, you have a unique opportunity to ski and train with the best in New Zealand.

Thanks to our partners 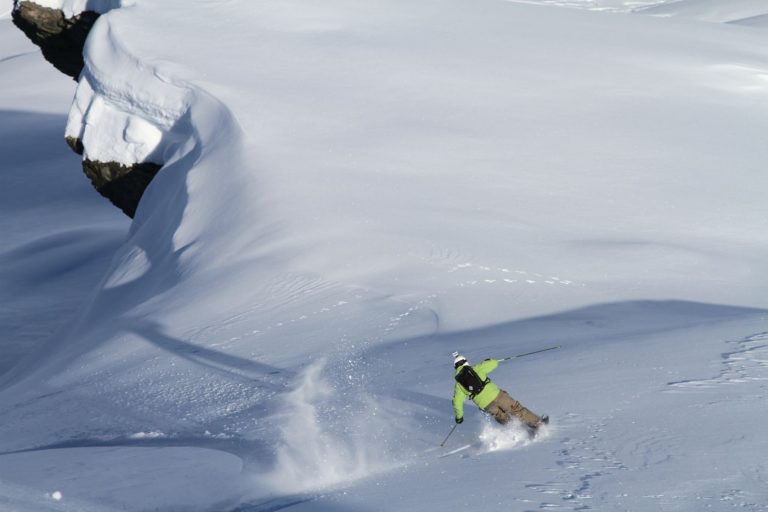 Since 2002 hundreds of keen skiers and snowboarders have enjoyed their NZ experience with SITCo becoming qualified ski and snowboard instructors.