Back to all stories

Soll is a small, picturesque village in the Kufstein district in Austria, not particularly famous for its skiing but its après ski is legendary, and it was over beers and Jägermeister, rather than down bumps and steeps, that the seeds for SITCo were sown.

Not that we had any idea at the time that SITCo would ever exist, but our friendship began in the bars and clubs of Soll.

Colin was working as a ski rep/guide for an English ski company called Ski Enterprise and I was working for one of their competitors – Neilson. Our job was to take people skiing and show them a good time on and off the slopes – something we were both pretty good at.

One year later I found myself sitting in a bar in Val D’Isere having been sent to a new location by Neilson and who should walk in but Colin Tanner. We’d had no contact since farewell drinks in Soll but coincidently had both been sent to Val D’Isere to work. Some might call it fate! 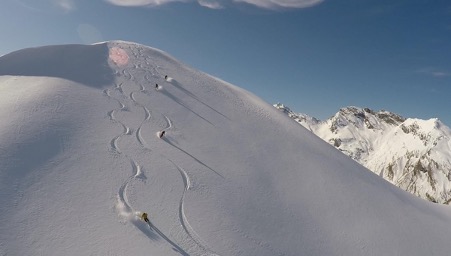 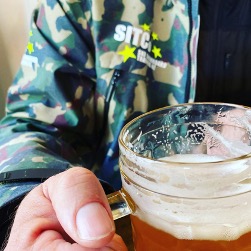 While Soll was a season to remember (although some of the memories are pretty hazy) for its après ski, Val D’Isere was a season to remember for powder, steeps, bumps, beer and genepi (and unfortunately for one of the Neilson chalets burning down!). We were both working as ski guides and would often combine our groups so we could hang out and ski together more.

By the end of the season Colin had decided he’d heard enough about Queenstown and needed to see it for himself. Our careers followed pretty similar pathways at this stage – work hard, train hard and play hard – and we worked our way through the NZSIA ski instructor’s pathway during the New Zealand ski season and managed to find ski work in various countries around the world during the northern hemisphere winter.

The NZSIA pathway took us right through to examiner level and it was about this time, and no doubt over a beer, that the seeds initially sown in Soll began to sprout. With a desire to utilise our hard earned qualifications, we began to explore ideas that would allow us to hang out with good skiers and like-minded people on a more regular basis. Training programs already existed, but not in Queenstown, so we hit upon the idea of developing a training product at Coronet Peak. It was suggested to the Snowsports school that a training program with Queenstown as its centre piece would be very popular.

“What a great idea “they said. “Why don’t you write us a business plan for it and we will get it going” they said.

“Yeah, nah” we said and we went off and wrote a business plan for ourselves!

And in 2002 The Ski Instructor Training Company (now known as SITCo) was born and since then we’ve been doing exactly what we were doing that first season in Soll – taking people skiing and snowboarding and showing them a good time.